“I remember an Asian little boy, Chinese or maybe Korean. I was subbing one day, and — this is a kindergarten boy — my hand was on the table, and he came and he put his fingers over my hand and said, ‘Wow, you’re so brown!’ And that kind of gave me a leeway into talking about — even though I was subbing there — to say yeah, you know, we’re all different! And that’s a good thing.”

“There’s three or four different words for one item. China is naranja. And I remember being in a classroom where I was a Spanish student and my teacher was not from a Spanish-speaking country. She kept on insisting that it’s just naranja for orange. And I kept on insisting as a seventh grader, no, it’s china. And she didn’t understand my background because she didn’t reflect anything other than what she had learned in college. I didn’t feel validated at that point. I felt that she didn’t know my language, or she was trying to turn me into something that I wasn’t, which was a textbook Spanish speaker.”

— Dalimar Rastello, Director of English as a New Language, World Languages and Bilingual Programs at Patchogue-Medford 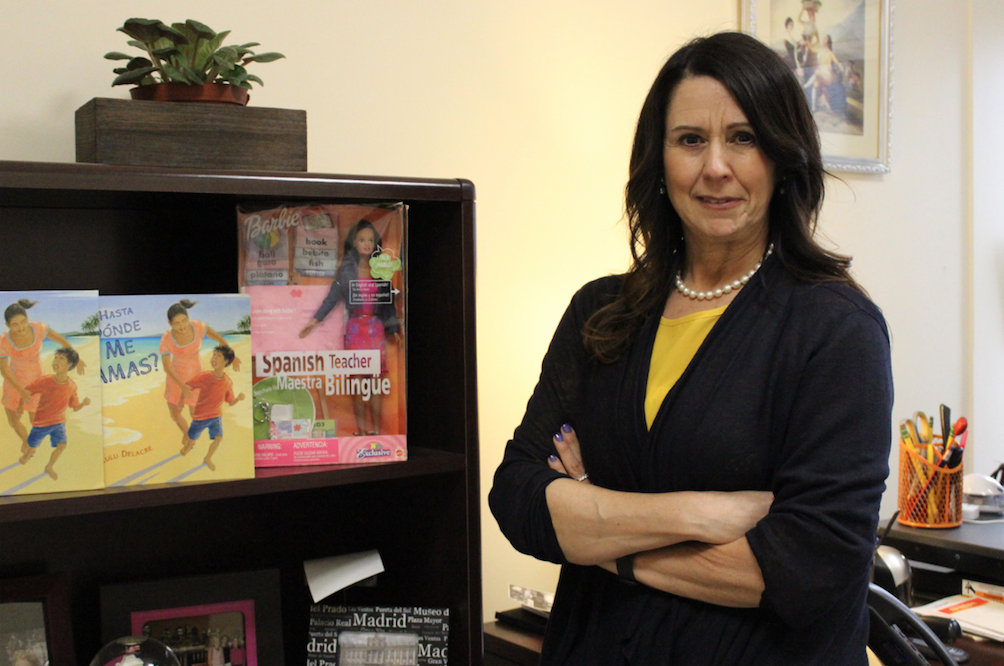 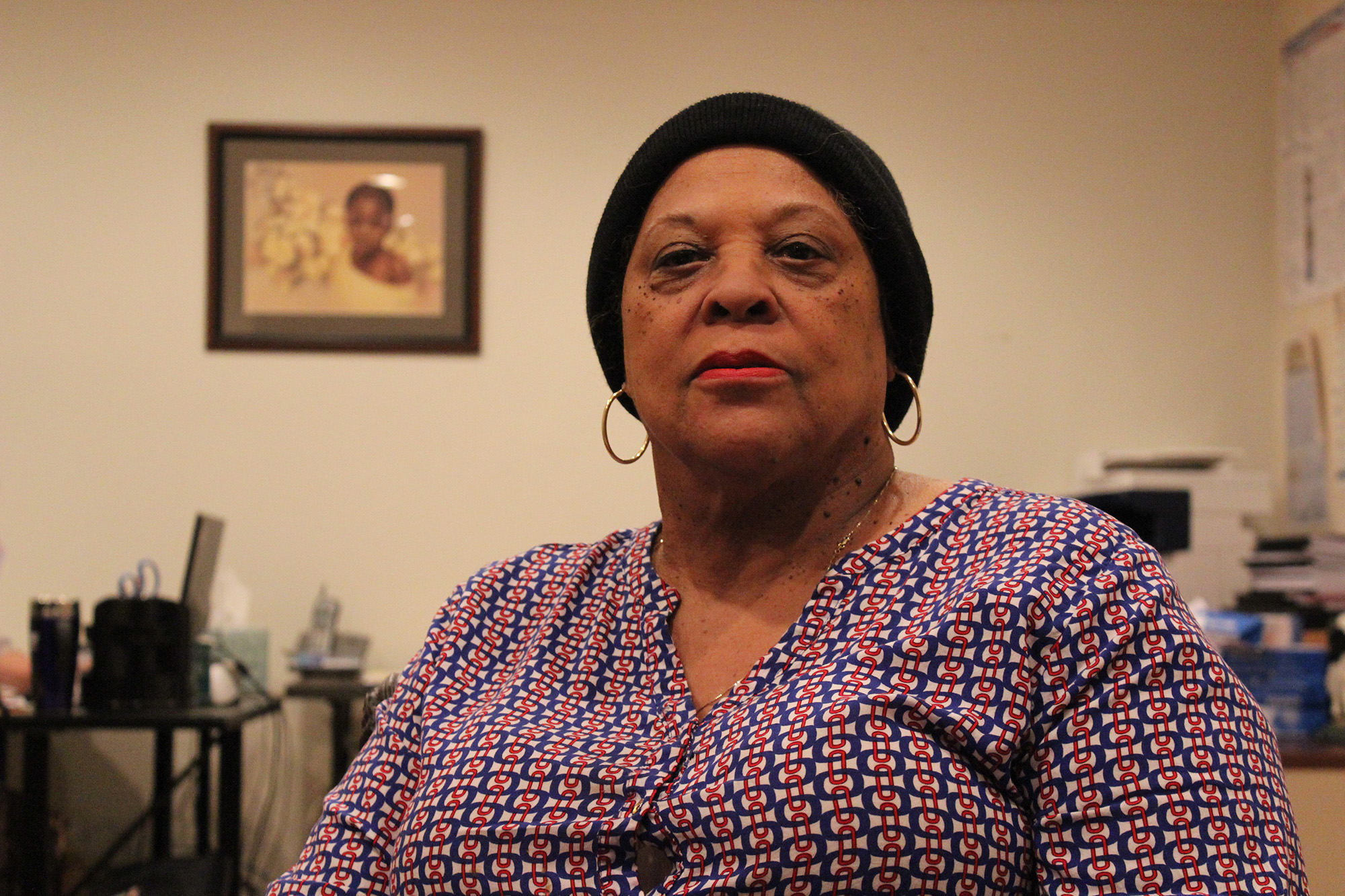 Condensed quote: “This was back in the early 90s. I applied to a district further out east for an assistant principal shift. Or principal — I think it was a principal shift. I drive up to the place, I park my car, and I go up to the main office, just, you know, say I’m here for the interview, etc. And the lady says, ‘You’re Ms. Scott?’ And I say, ‘Yesss?’ She goes, ‘Oh.’ And she gets up, says, ‘Go sit down over there.’ I say, ‘Scuse me?’ And then she caught herself. And she went to this room — the interview room. The next thing I know, the door opens and people are peeking out. Peeking out. And I sat and I sat and I sat and I sat. Twenty minutes later, I was still sitting outside. Finally the door opens up and this man comes out and he looks at me and goes ‘Oh, oh.’ He goes, ‘Look, a person of color.’ And I said, ‘Yes, surprise.’”

“Implicit bias really affects us all. We’re all susceptible to it, but especially whites who grow up in a system that privileges them. And privileges them systemically and oppresses others systemically. So when we have a system by which white people are privileged and they don’t necessarily ever have to ever know or understand the plight of black people, it diminishes their ability to actually have empathy for those people. You hear it all the time where white students and others say, ‘Why don’t black people just get over it?’ when they’re talking about black people, when we talk about the oppression that we face. How can you tell black people to get over 400 years of legalized oppression? Nobody ever tells a Jewish person to get over the Holocaust.”

Condensed quote: “I always share my stories [with students]. My mom had this big fro and looked like Angela Davis. Cops were always stopping and checking out who we were. When we went to Chattanooga, Tennessee, my great-aunt said, ‘James, make sure you get to where you’re going before sundown.’ And I remember we got lost on a highway loop, and a patrol state trooper stopped us. It was getting towards dusk. And he said, ‘Boy, where do you think you’re going with this trailer?’ And I’m in the backseat with my brother, and I’m like, you called Daddy boy? And I was getting ready to say something. My mother turned around from the front seat and looked at me: Don’t you say a word. I think everyone needs to know the stories. Because when you forget about history, you can’t change things if you don’t know what was.” 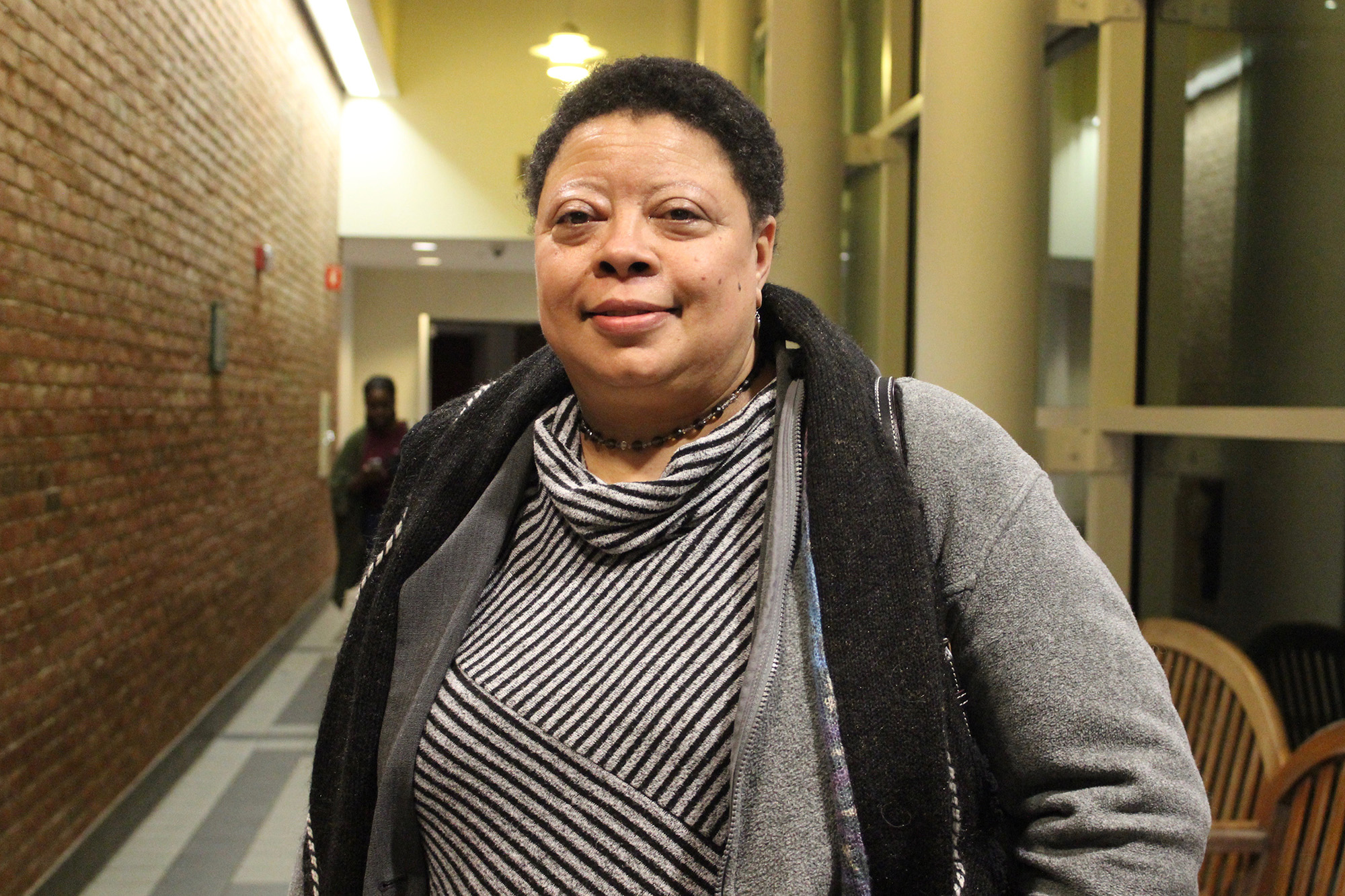 “We have in our district very wealthy people, very poor, blue collar, middle class. We have black, white, Asian, and Spanish — growing Spanish community. And I think it’s important to have the diversity in the district reflect the community because it’s real world.”